The Single Most Important Decision… Part 1

Disclaimer: Sometimes I come up with these things and sometimes, I have just been listening to something that my husband, John, was talking about and one of his ideas resonated so well that it permeates every cell and I adapt it for my own, develop it further and then recite it like it is breaking news or the next greatest philosophical theory ! This has happened, although I don’t care to admit this, on more than one occasion.
Usually, he will be sitting at his computer working intently on a project with his laser focus, and here I come bustling in like a whirlwind, breaking his concentration disrupting his “moment” like a heard of wild buffalo moving through a monastery in the hills of some quite, sacred town, blurting out my latest “epiphany” to which he stops typing, sits back, rests his arms on his chair while bringing his fingertips together, puts a gigantic smile on his face and says, “Wow babe, great insight!” This, of course, is the very moment that I realize that this great idea I thought I ‘d come up with may have come from him and his treasure chest of “Taddeo-isms.” But then again, aren’t we supposed to share after all?

So now back to our topic. The single most important decision… 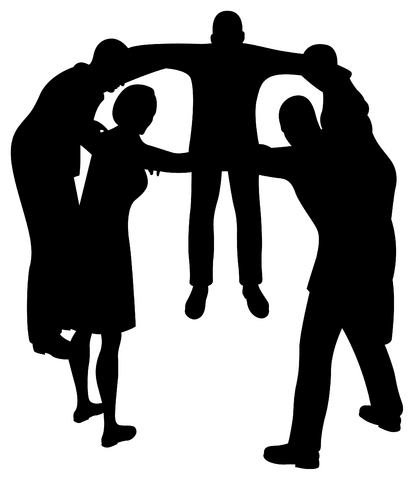 You may be thinking to yourself, in the scope of a life time, how in the world could there be only one decision that would have that much of an impact. You probably have your own theories and observations (which I would love for you to discuss in the comments section) and you may be right. However, in my opinion (or is it John’s?) the single most important decision that one can make, is the decision of who to “let in” into their life, their world, their innermost circle.

What we often do not realize is how “costly” it can be when we make the wrong decision. Not only monetarily (if we constantly lend money or try to keep up or get quilted into buying something) for that is the “least” of our costs! The larger and more important costs come in many other ways, such as: our loss of self esteem and self confidence, loss of our dreams when someone constantly whispers how “stupid” your idea is, loss of dignity when someone speaks to you in a disrespectful or condescending manner ; loss of our hopes, when all we get back from what we give is negativity and disappointment and finally a broken heart, when we start to believe that life isn’t fair and we begin living mechanically just trying to get to the end of the week.

So at this point, maybe you agree with me, maybe you don’t. Remember, I LOVE feedback, so please comment! Well let’s explore this idea further:
Without pointing fingers, or naming names, are there some people who ring your phone that you just have to be “in the mood” to speak to. I am not talking about a great person that maybe you are in the middle of “kid stuff/school” and just don’t have the time to talk right now. I am describing the person that rings your phone and all of a sudden you feel as though your sun has been clouded, your lights have gone dim, your mood has been weighted. The one in which you almost say “Oh noooo!” out loud?

Well this is where that decision comes in. Think to yourself about who you allow in, when you know that the direction of your life, at this moment, at this hour, on this day and ultimately, in varying degrees, for the rest of your life, will be changed and guided by the influence of this very same person.
In the easy cases, when the bad outweighs the good and the relationship just started, you can just make the decision to never be available, hoping that maybe eventually that person will move on. In most cases, however, it isn’t that easy. Maybe that person is a lifelong friend, a relative or hopefully not, but maybe even your spouse! So what do you do then?! Maybe the person them self isn’t so bad, but he/she just tends to go down a road that brings you down or gets you caught up in nonsense. I can only share what I have done in these instances and hope that maybe something I say will inspire and work for you.

Begin by thinking about that person. Think about all of the qualities that you like in that person. Think of times that they’ve acted the exact opposite to what you dislike about them. Then, become “objective” remove yourself from the relationship and begin to evaluate the situations.
For example, when “Ann” hurt my feelings by saying that I was not dressed appropriately, was it because she just gained 15 pounds and even though she loves me, was maybe a little envious? Or was it because she likes me so much that she did think I looked ridiculous and didn’t want anyone to get the wrong idea of me based on what I was wearing?

Did my husband come home after spending 2 1/2 hours on public transportation in a snowstorm and decide to get upset with me because he was starving and I had delayed the cooking because I was catching up on my shows because he is a jerk? Or can you change your opinion and say, wow, he must have had a bad day and was probably looking forward to a nice hot meal and expressed his disappointment by acting like a jerk, but he definitely isn’t a jerk and maybe his jerk-like behavior is even understandable (although it doesn’t have to be acceptable) under the circumstances?

Does my neighbor, Bob, who constantly one ups me, do that because I always choose the lesser car and he just feels like I have no taste? Or could it be that poor Bob, evaluates and measures his self worth by these meaningless objects and when I go out and buy something that he doesn’t have, he feels less than, so he goes out and buys the latest and greatest so he can elevate his self worth back?

Then evaluate whether the good in this person, outweighs the bad. If it does, then decide how you want the relationship to be and begin acting as if it already was like that. Begin to see the instance, such as the ones listed above, are isolated and just happened by chance. Now here is where the hard work and patience comes in, but if you truly value the person and the relationship, it will definitely be worth it! Begin to act as if the incident was an anomaly, and continue acting in congruence to the way in which you believe the relationship should be. Let’s go back to those examples for clarification.

So you decide, I will not allow Ann’s comments to affect me negatively because maybe she was half envious because of her sudden weight gain and maybe since she does love me like a sister, she wanted to make sure strangers didn’t size me up incorrectly. You decide, at the end of the day, Ann truly is a great friend and a wonderful loving person who has made your life better from knowing her. So you take a deep breath, before blurting out something you may regret, and say something like, “Oh really? This is one of my favorites and I guess I choose it because I am feeling a little uneasy about meeting all of these new people and this outfit tends to help me to feel confident. You know Ann, you don’t have the problem I do about nervousness when meeting strangers. What do you think I should wear? This is when you will probably actually feel a shift and the situation will usually resolve itself.

In other words, if the relationship brings more good than bad and is definitely worth keeping, always act as if the negative incidents are anomalies and respond in a manner that will bring the other person back to who you know they truly are. The hard part? NEVER deviate. Do you want to tell them off, hang up the phone or slam the door, of course, if you didn’t I would be surprised. Am I saying that you should sit there and take crap from people you want in your life? Of course not. What I am saying is, at the end of the day, if you truly love that friend, family member or spouse and you have assessed that he/she is typically a wonderful person, then let those moments go. Do not engage and you may find that they pass by and equalize much more quickly then when you respond emotionally or react with the same amount of vile.

Be The Best You've Ever Been~
Compete Only Against Yourself...

CLICK HERE To Read Some of The Success Stories From Donna's Clients.

Warning: count(): Parameter must be an array or an object that implements Countable in /homepages/45/d251376114/htdocs/app265129587/wp-content/plugins/slickquiz/php/slickquiz-front.php on line 59